The maize mid-density panel is an SNP panel developed and optimized by the collaboration between the International Maize and Wheat Improvement Center (CIMMYT) and the International Institute of Tropical Agriculture (IITA) to implement genomic assisted breeding routinely in the maize breeding programs.

The set expresses the several discovery studies made in maize from the last twenty years and bring together trait linked markers along with random markers spread across the genome, including the 70 QC KASP markers that are routinely used for progeny purity and F1 hybridity testing and described in the low-density KASP marker platform (https://excellenceinbreeding.org/module3/kasp).

The average marker density of the panel is about 1 SNP per 0.72 Mbp, distributed across 10 chromosomes (Figure 1). 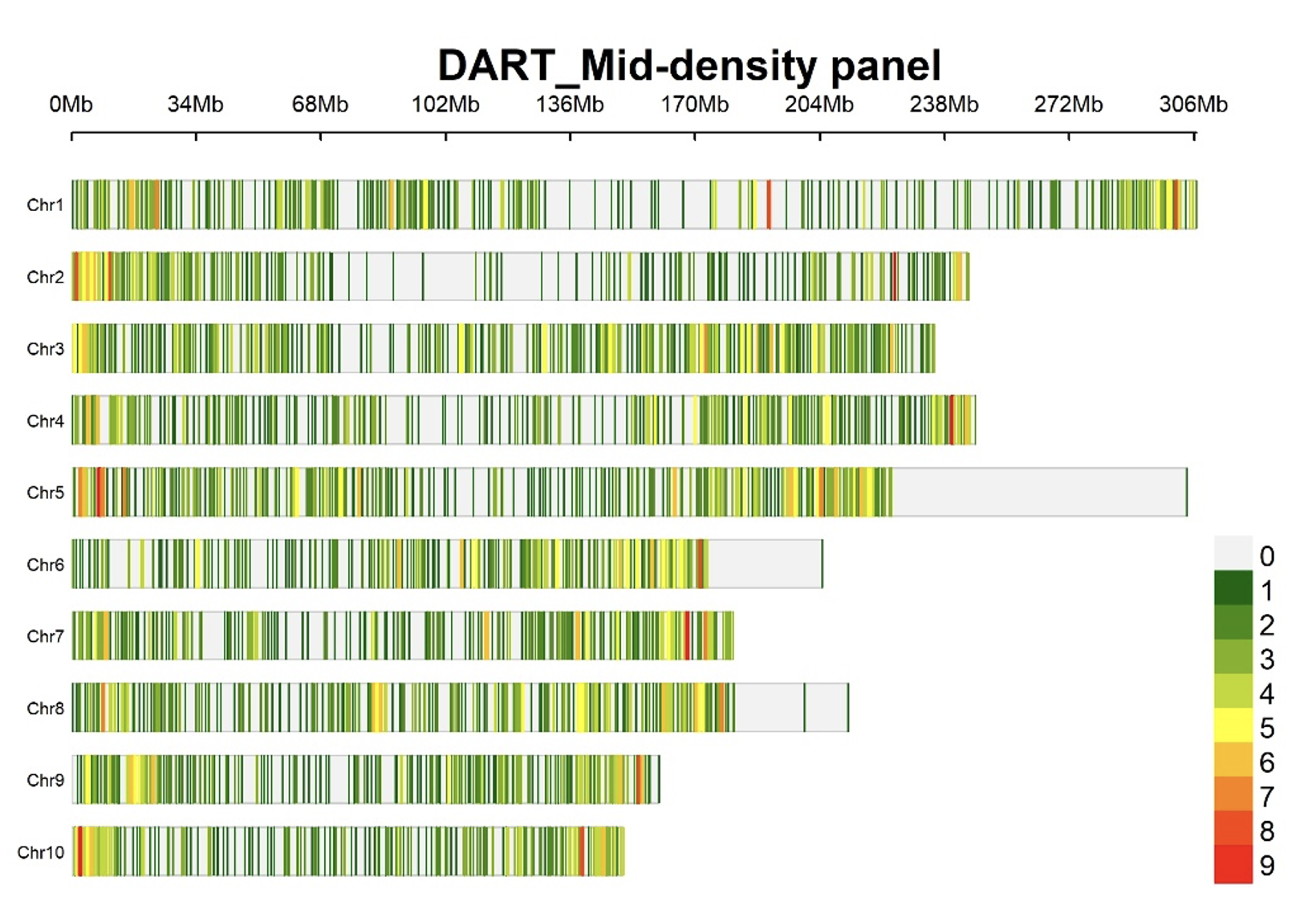 A comparison of prediction correlations between different maize SNP panels, namely DArTtag and rAmpSeq panels, in maize and applied to genomic predictions showed similar accuracy for grain yield and other traits under both optimum and drought management. These results support the suitability of this panel for GS applications in maize.

The CIMMYT and IITA Maize Programs currently use the 3.3K SNP panel  to accelerate their breeding schemes for increased overall genetic gains through the ‘Accelerating Genetic Gains in Maize and Wheat’ and ‘Accelerated Breeding initiative’ projects funded by the BMGF, USAID, FFAR and banner of CtEH donors.