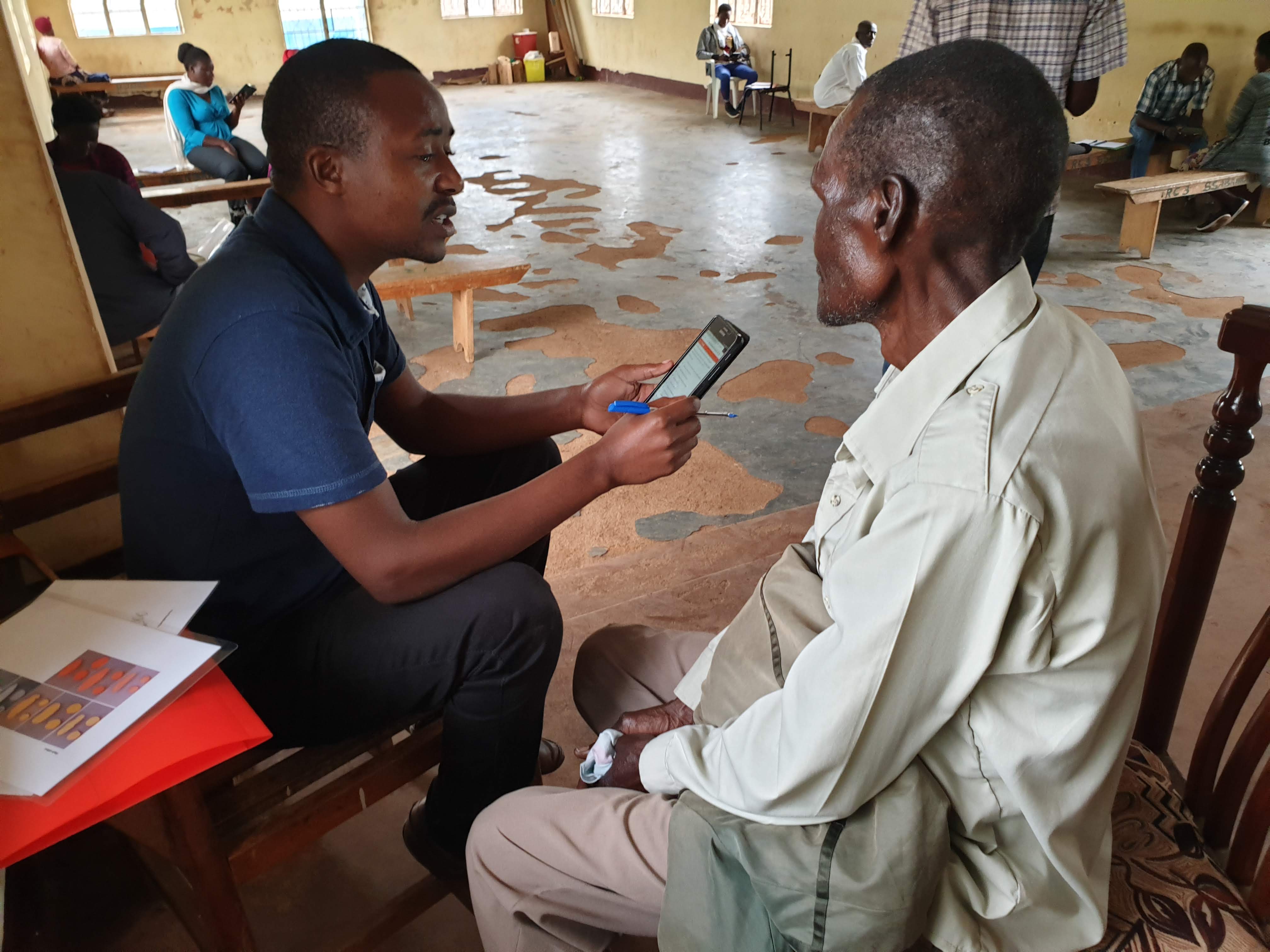 Scientists with the International Potato Center (CIP) and Uganda’s National Crops Resources Research Institute (NaCRRI) are harnessing the latest scientific developments to breed disease-resistant, high-yielding and climate-resilient sweetpotato varieties to improve the livelihoods and food and nutrition security of smallholder farmers. To accelerate the adoption of those varieties and achieve widespread impact, they’ve adopted a strong customer-driven mindset.

The adoption rate of many robust and climate-resilient sweetpotato varieties released in Africa has been low because they lacked one or more key traits that farmers, consumers or value chain actors consider essential. To avoid that pitfall and ensure that new varieties benefit as many people as possible, researchers consulted experts and undertook a comprehensive survey of 1,333 farmers, traders, seed producers, consumers and others in Central Uganda. Using tools developed for livestock breeding, they crowdsourced information on the most important traits sweetpotatoes should have. “The aim was to gain insight from people involved in all parts of sweetpotato value chains, from farmers to consumers” says CIP scientist Julius Okello, who led the study and coauthored an article about it recently published in Frontiers in Plant Science.

According to Okello, breeders have traditionally relied on farmer preferences to guide their work, focusing mostly on agronomic traits. However, they haven’t always paid enough attention to traits such as taste, texture, cooking qualities or shelf life, which rural families, consumers and people who sell or process the crop may also want. 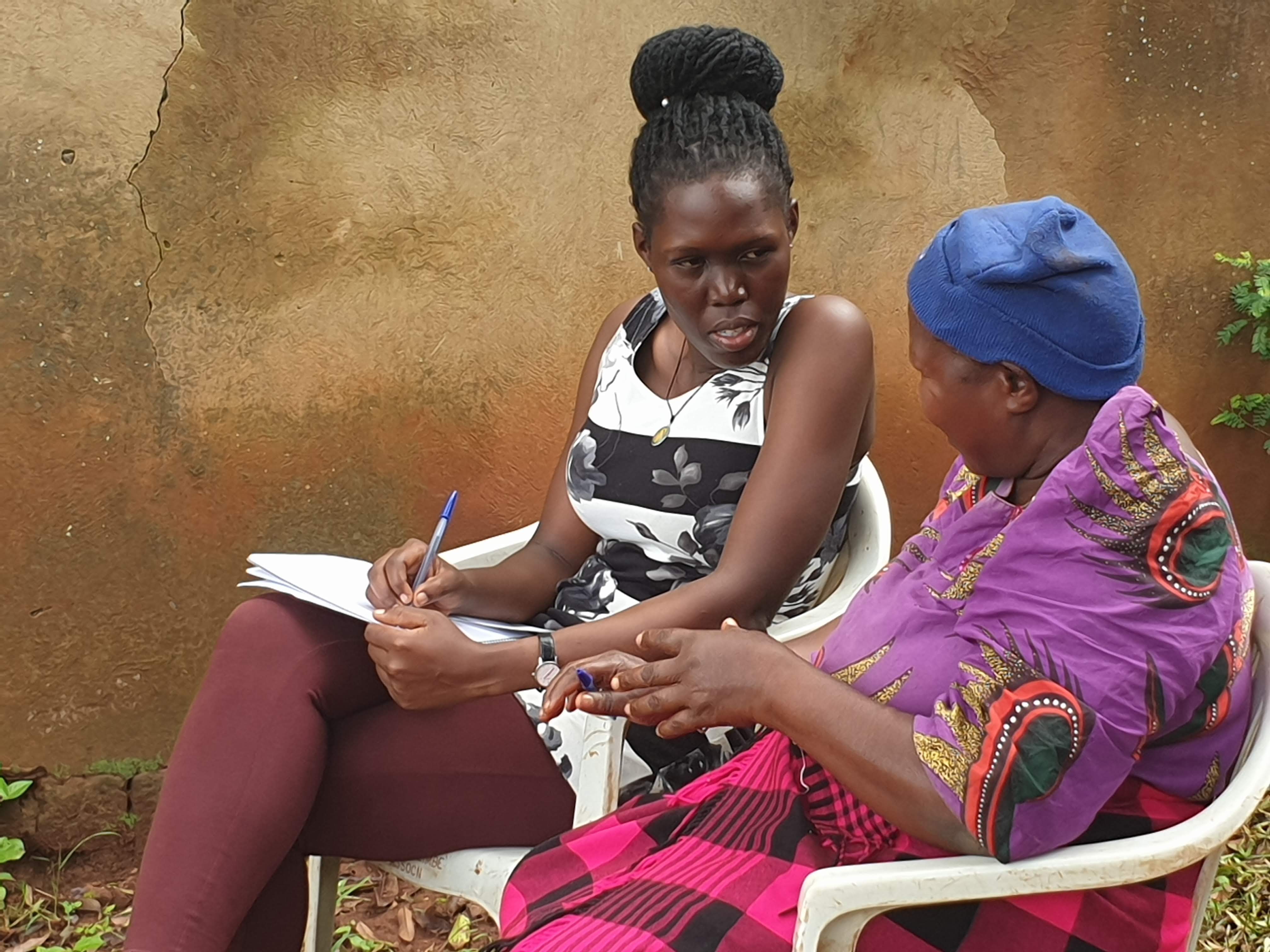 “We chose crowdsourcing as it is a cost-effective way to correct prior assumptions about what customers expect from the sweetpotato varieties we develop, and to zoom in on the market to prioritize those traits,” explains Hugo Campos, CIP’s Deputy Director General for Research and Development  a.i, who conceived the study. “The upshot will be a greater likelihood of achieving accelerated adoption of varieties, and thus accelerated improvements in the quality of life and incomes of sweetpotato producers and their families.”

Sweetpotato is widely consumed in sub-Saharan Africa, where it plays a vital role in food and nutrition security. This is especially true in Uganda, where people consume an average of 93 kg per capita annually. The popular root crop is primarily grown by smallholders who appreciate its climate resilience and short crop cycle, which makes food available when most crops are still growing.

CIP and NaCRRI-Uganda teamed up with the company AbacusBio – developers of a customer-oriented approach for determining the most important traits a crop variety or livestock breed should have in a given market – for a pilot study in Uganda. Crowd-sourced information was used to rank sweetpotato traits according to their economic value, rather than a subjective ranking.

Tim Byrne, Managing Director of AbacusBio, explains that the approach was developed in livestock but has since been used for rice, sweetpotato and cassava breeding. “Our collaboration with CIP has resulted in insights and tools that provide opportunities to improve sweetpotato breeding outcomes,” Byrne says.

He explains that key insights include the high ranking of “vine survival,” which refers to the vine cuttings sweetpotato farmers use in lieu of seeds, and root shape, a trait demanded by traders, who have major influence in supply chains and varietal choice decisions.

“Some of the results challenged conventional wisdom, such as the low demand for pro-vitamin A content compared to agronomic and trade-related traits,” notes Campos. 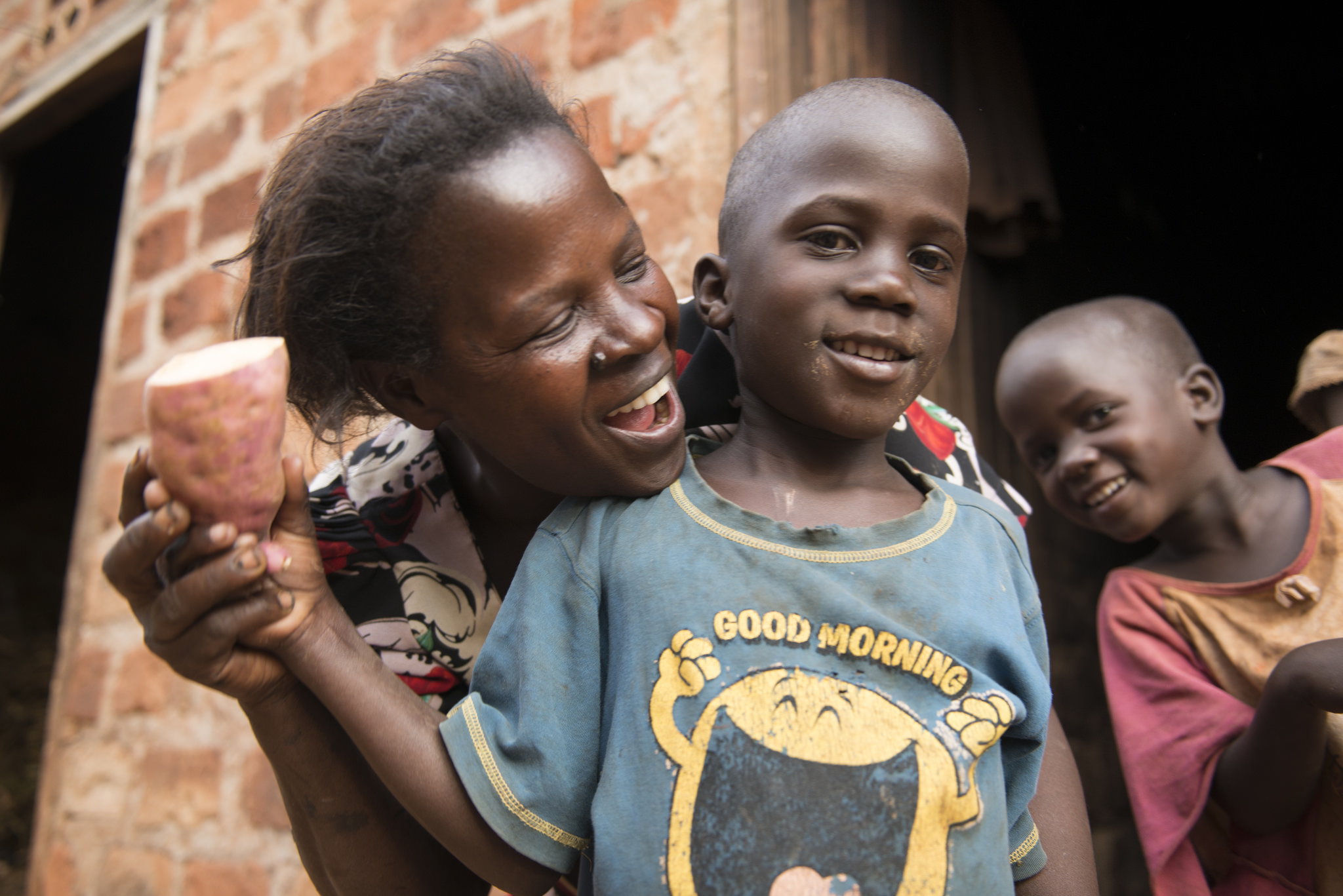 While producing valuable information useful for sweetpotato breeding in Africa, this research allowed scientists to evaluate an approach with the potential to improve the effectiveness of breeding programs for an array of crops and countries. This could eventually improve the food security, income and climate resilience of farmers across the Global South.

“By borrowing a breeding approach developed for livestock, the team was able to expand the toolkit of sweetpotato breeders in a cost-effective way,” says Campos. He adds that this is just the latest innovation that plant breeders can borrow from livestock breeders, who pioneered innovations such as breeding values and genomic selection. “This approach could be applied to many other crops, as it is truly crop-agnostic,” notes Campos.

According to Michael Quinn, Director of the  CGIAR  Excellence in Breeding Platform, the Uganda pilot provided insights – such as the effectiveness of internet platforms for gathering market intelligence for plant breeding – that could improve the efficiency and impact of breeding across CGIAR and partner organizations.

Moreover, there are lessons from this pilot that will contribute to the development of future approaches that are cost-effective for different national breeding programs. “What this means in the long run,” adds Quinn, “Is that farmers and consumers can expect varieties that better meet their needs, while stakeholders can expect increased impact in areas such as nutrition improvements and climate change adaptation, and greater clarity regarding how breeding will achieve this.”

This research was supported by the CGIAR’s Excellence in Breeding Platform, the Bill and Melinda Gates Foundation; the United Kingdom Foreign, Commonwealth & Development Office; and the United States Agency for International Development. This paper includes contributions from EiB Director Michael Quinn and EiB Platform Steering Committee Chair Hugo Campos, among others. Blog developed and originally posted by CIP, developed by David Duddenhoefer with support from CIP's Hugo Campos, EiB's Adam Hunt and Michael Quinn and HarvestPlus.

This is great! Our dear

This is great! Our dear farmers need much attention as well, helping them would be helping the nation. Maybe in the future we can extend research on other crops as well.
https://www.paintershamiltonnz.info/