EiB is supporting its One CGIAR and national breeding partners to leap forward with improvements such as product profile development, use of shared genotyping and data services, digitization of operations, use of computer simulations, application of gender tools early in the planning process, and embedding of continuous improvement approaches. 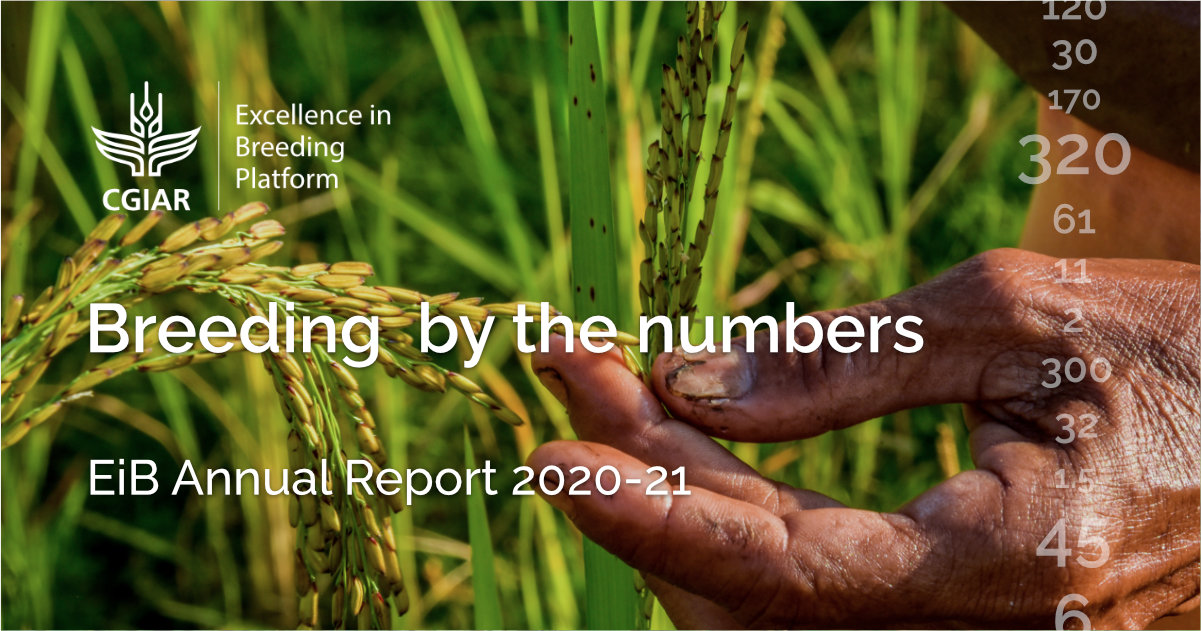 To battle hunger, poverty and climate change, farmers in low- and middle-income countries need a genetically diverse portfolio of continually improving crop varieties. EiB helps breeders meet this challenge through coordinating efforts and supporting partners to modernize practices and technologies. The aim is to help deliver farmers the seeds they need and will use.

“It’s fitting that the name of our first-ever EiB Annual Report is “Breeding by the Numbers,” says EiB Director Michael Quinn. “Numbers are data, and data drives modern breeding success. And numbers hold us accountable. EiB and partners have their eyes focused clearly on the number six. We have a mandate from Crops to End Hunger and One CGIAR to deliver on six key requests.”

The 27 numbers highlighted show how partners have begun to transform CGIAR into a cohesive breeding enterprise that can meet these requests. The report also lays out 10 success stories bringing to life how EiB and partners are improving their programs, including:

The progress has come amidst a difficult time. The year saw disruptions brought about by COVID-19, challenging people and programs across the globe. But the crisis also demonstrated the importance of the breeding agenda – advancing the food and income security in the developing world, in the face of climate change and other mounting crises.

Over this difficult year, EiB and partners still managed big strides along the journey toward transformation and greater impact. The data demonstrates how much progress is being made and how much commitment there is across the partnerships.

“Clearly, the people are committed, the programs are primed, and the numbers point to a bright future indeed,” says Quinn. 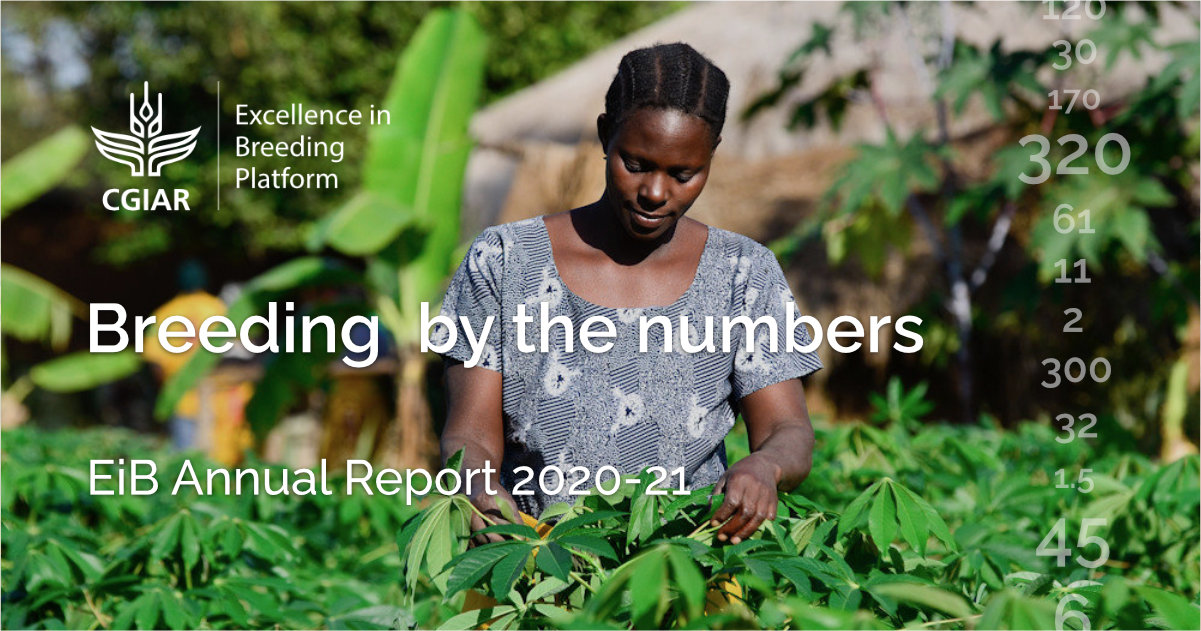 Story by Adam Hunt, EiB Communications lead. Contents reflect the information and views of the author/quoted individuals only. EiB and partners are supported by CGIAR Trust Fund Contributors and the Crops to End Hunger initiative, via the Bill and Melinda Gates Foundation, GIZ, BMZ, USAID, UK Aid, ACIAR and other partners.