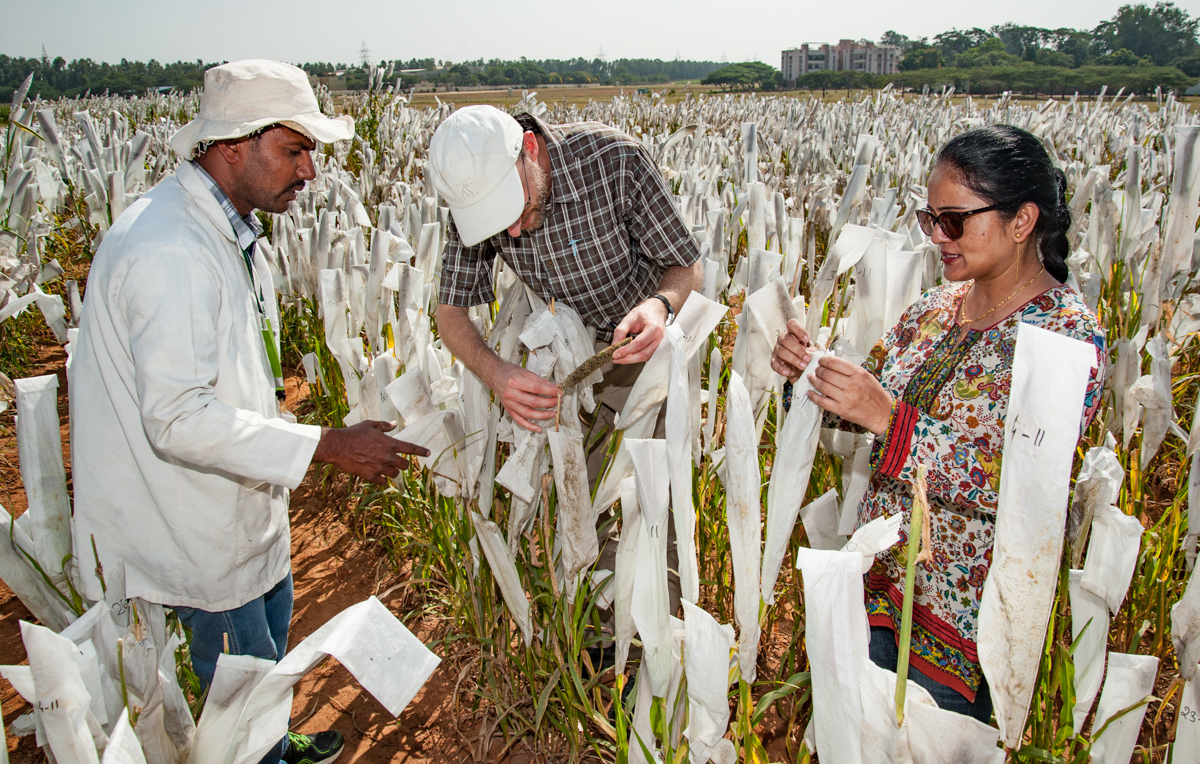 The status quo anchors our minds to the past. Good change management can shake this up. Here are four ways plant breeding programs can ready themselves for the big changes we need to make.

Did you know that vehicles with steering wheels on the left are often cheaper to make than right hand-drive cars? They are mass-produced in much larger batches. But many drivers and governments were just unwilling to change to this dominant design.

We humans are not so adept at change. Instead of embracing novel ways of thinking, we’d rather stick to the old ones. We cling onto what is safe, what is familiar, or what we are already good at. We see this in the workplace, in our personal lives, and in society as a whole. The world still can’t agree on using the metric system!

Within the domain of plant breeding, we are both driving and responding to rapid change. It is mesmerizing to visualize the changes gene editing is about to deliver, not to mention what genomic prediction is already delivering. We are being challenged on every single aspect of plant breeding.

Change of a different sort is about to cascade through the world’s main network of agricultural research centers – which includes centers at the global forefront of plant breeding. CGIAR is embarking on a transition into a much more integrated “One CGIAR” organization.

An overarching goal of this integration is no other than to ensure breeding improvement plans – and the changes they aim to drive – are implemented as seamlessly and quickly as possible. The Excellence in Breeding Platform is both driving and supporting this change among CGIAR centers and international and national partners.

The case for change in plant breeding programs

Plant breeders sometimes miss some vital opportunities. For example, there continues to be a rather limited use of real market insights to inform resource allocation within programs. This in turn results in a selection of traits weighted towards what breeders and associated scientists think are needed, which may not necessarily meet actual market needs.

With new goals and structures foisting change on breeding programs, their success depends on one thing above all else: savvy change management. Fortunately, there are some steps we can take to manage change well.

1. Drive out complacency with a sense of urgency

Most change management efforts fail when insufficient urgency is built early enough in the process. But this urgency can be the most effective antidote against complacency. Organizations that have either secured a very dominant and successful position in the market, or lack effective and threatening competition, can very easily slide into a sense of self-righteousness and an inward-looking perspective.

Although CGIAR breeding efforts could be thought of as an example of the latter – lacking competitors – seasoned managers in industry and marketing like to think that “there is no such thing as a lack of competition.” Funding, for one, is by nature a competition. Funding agencies might look at other fields and /or players to support if they deliver a higher return on investment, not only financially but also socially.

The impact of high complacency cultures can sometimes be seen in plant breeding. For instance, a rather large number of breeding programs still lack a high enough rate of what is called “elite x elite crosses.” Unless breeding pipelines run on such crosses, they achieve less than optimal genetic gains and delivery at the field. And donors get a lesser return on Investment. Moreover, this complacency means not delivering the best varieties smallholder farmers need to support their families.

The parable of the slowly boiling frog is oftentimes used to portray the consequences of complacency. In any complacency-filled organization, no matter how intelligent, educated and well intentioned its members are, change is often dead on arrival.

A good urgency-raising example that could inspire our line of work may be this one: let´s renew at least 50% of a current portfolio of cultivars within the next five years in a given Target Population of Environments (TPE). A second could be: let’s deploy sparse testing in at least 90% of field trials within six months.

To create urgency we need to articulate the gap between opportunities available, and the current ability of the organization to pursue such opportunities. But we must also spell out ‒ upfront ‒ the risks if we don’t bridge such a gap.

These days, driving change is too complex to be led by single individuals. We live in fast-paced times. And situations are full of evident and not-so-evident links among myriad moving pieces. We cannot expect one individual to be able to gather enough information fast enough, and then to consistently make the right decisions. Instead, a guiding coalition is needed, with sufficient determination, commitment and thought diversity. Such coalitions require five traits: a position of power, credibility, leadership, expertise, and individual egos held at bay. Once such teams are assembled, the main drivers of success are having a common goal, and enough trust and safety so the real issues are unearthed and addressed.

3. Develop a vision and a strategy

When leadership tries to drive change by applying dated approaches such as micromanagement or an authoritarian stance, plans are likely to fail upon arrival. These methods may breed compliance, but certainly not a fierce and sincere commitment. Because of the extreme uncertainty and organizational survival being at stake, crafting a vision plays a bigger role during change management than during business as usual.

Firstly, academic and R&D organizations often keep doing what has worked well in the past. But any change management effort ought to be very explicit about what it is known as “strategic dismissal.” This is the ability to stop and phase out activities no longer providing enough value, or where the outcomes of which are not wanted/needed by funding agencies or beneficiaries. For instance, programs investing in developing hybrid cultivars for the first time in a crop could downsize previous cultivar development efforts. Or, they could scale down efforts in countries that have their own strong local breeding programs. These changes are no small feat, but the inability to phase out activities clashes with the very first posit of any effective strategy: don’t just “keep doing.”

Secondly, a vision provides an invisible fabric that pulls all efforts together in a cohesive way. Therefore, its scope is much wider than most people realize, stretching across strategies, plans, and the budgets and means needed to exert change at the depth and speed needed.

One characteristic of a complacent organization stands out: a rather low-candor, low-confrontation culture. No one needs excessively high-confrontational, “take no prisoners”, toxic cultures. But low-confrontation cultures tend to breed under-performance, status quo maintenance, and deeply ingrained complacency. And perhaps the most negative consequence is that they fail to instill a strong enough sense of ownership and accountability among its members.

Change is coming (it has arrived already…)

Yes, change is hard, but it is coming. Maybe not for drivers of right-hand drive cars. But certainly for those who want to modernize and optimize their breeding programs. Now is the time for us to invest in a smart and forward-looking change management process.

Hugo Campos is the Chair of the CGIAR Excellence in Breeding (EiB) Platform Steering Committee and Director of Research for the International Potato Center (CIP). This blog was developed with support from EiB’s communications lead Adam Hunt.This is the second in a series of blogs on change in the breeding domain. See the first. Photo: ICRISAT research by Michael Major/Global Crop Diversity Trust.

Indeed! I wish I took

Permalink Submitted by yangruflo on Mon, 08/29/2022 - 08:59
Indeed! I wish I took agriculture related course when I was is college. But I am still happy with I graduated with. www.commercialcleaningwellington.co.nz/

The changes should be

Permalink Submitted by yangruflo on Tue, 10/18/2022 - 19:17
The changes should be implemented immediately after thorough planning. Since this will be a major update since a while. www.electriciansouthauckland.kiwi/