How crop breeding can benefit the environment 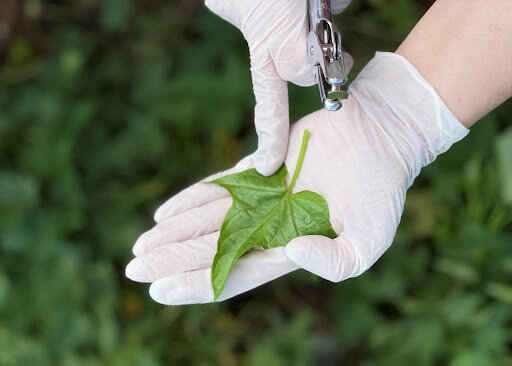 Modern agricultural practices have enabled food production to meet — and even outpace — demands from growing populations. But the rapid growth in production has often come at the cost of significant land and water degradation, biodiversity losses and increased greenhouse gas emissions (GHGs).

This month’s Earth Day underscores our need to ensure agriculture can roll out environmental solutions — or at least mitigate the negative impacts of producing food and feed for the world.

Crop breeding is key to this vision — sustainably increasing production on less land relies on new genetics. Breeders are leveraging new and time-tested technologies and approaches to accelerate the development of climate-smart, resource-friendly, nutritious and high-yielding varieties — vital to feeding a global population and enhancing the livelihoods of farming communities. Breeding programs are working hard to better their own practices, to ensure they set the pace for the communities they serve.

By 2050, developing nations will have 2.4 billion people added to their populations. This exacerbates an already fragile agricultural productivity situation — one being ravaged by the ever-worsening impacts of global climate change. So, let’s dive into how crop breeding can help feed growing populations and benefit the environment.

With agriculture and food production contributing up to 29% of total GHG emissions, and land expansion often only possible in biodiversity hotspots, a new paradigm for meeting needs is required. Climate-smart agriculture, including climate-smart varieties, is one element of the needed paradigm shift to sustainable agriculture within a greener and the more food-secure planet.

The International Wheat and Maize Improvement Center (CIMMYT), for example, developed varieties that included the wheat variety Borlaug 100, which is not only drought- and heat-resilient but is also high in the micronutrient zinc. This variety can help Nepal’s growing population address the challenge of sustainably feeding its population in the face of increasing climate variability, while also addressing a particular nutritional deficiency issue. Twenty-one percent of children in Nepal were classed as zinc deficient in 2016.

In Kenya, the International Potato Center’s (CIP) climate-resilient potato variety Unica produces good yields in adverse climate conditions while being virus-resistant. Unica has been selected through breeding to thrive in flood-prone and heat-stressed farming areas in Kenya, like Meru. By cultivating the Unica potato variety in areas like Meru County, the farming and consumer community suffer less from climate change’s harmful effects on food security. 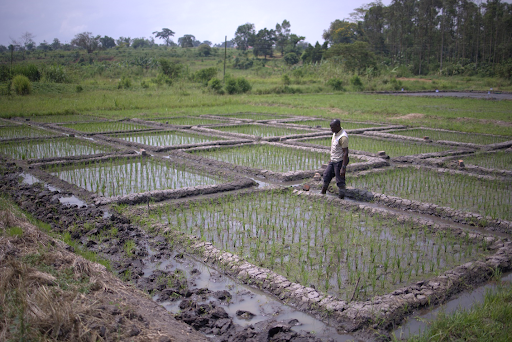 Crop loss in farmers’ fields is only one part of the equation. Crop breeders also pay attention to crop diversity loss.

The “green revolution” and industrial agriculture resulted in many farmers switching from traditional varieties, or landraces, to more uniform and productive modern varieties. Despite the obvious global production benefit of this switch, the move resulted in a lowering in the total genetic diversity being cultivated in farmers’ fields globally. This switch in variety selection by farmers underlines one often missed premise — not all diversity is beneficial for farmers.

Disease susceptibility is, after all, a feature of genetic diversity. The key challenge to breeders is to monitor the level of genetic diversity available within breeding for important characteristics and, when limited, to search for and introduce new native genetic variations. Sources of native trait diversity typically include varieties from other breeding programs — these are the quickest and easiest sources to use.

When genetic variation from these breeding program sources becomes limited, the net is cast wider into the pool of plant genetic resources. The targeted and strategic evaluation of landrace and wild relative germplasm offers a means to ensure breeding does not run out of suitable genetic variation to develop demand-driven future varieties. These are held in germplasm banks globally, such as those maintained by CGIAR.

Lead the change in sustainable agriculture

In order to see change, crop breeders must also change practices and cultures. Breeders have a responsibility to adopt sustainable practices while producing new crop varieties. And help their end-use partners — smallholder farmers — use such practices as well. For example, it is not hard to find degraded soil in public research stations. And irrigation systems are not always the most sustainable. But breeders are starting to implement much better practices for a water-challenged and soil-degraded world.

Climate-smart practices such as conservation agriculture can bring great benefits to the environment, for example significantly reducing methane emissions from paddy fields. CGIAR scientists work with farmers, governments and organizations to improve these practices. Breeders can step up by implementing these practices at their own stations, both ensuring varieties developed are best suited to these agronomic practices, and sensitizing local farmers and groups to the approaches, improving the likelihood that they might be passed along into local fields.

Meanwhile, modernized breeding programs are starting to consult climatologists, pathologists, gender specialists and others to ensure that new crop product profiles meet the needs of our next environmental challenges.

The sensitive adoption of new tools and approaches can help crop breeders achieve a greener planet, not just for farmers, but for local communities who need nutritious crops and a healthy environment. In partnership with agronomists, extension agents, policymakers, farmers and other actors, crop breeding programs can contribute to making climate and resource-smart agriculture the norm.

Check out some articles about Earth-friendly and climate-smart varieties: