This story was initially published at EBS.excellenceinbreeding.org 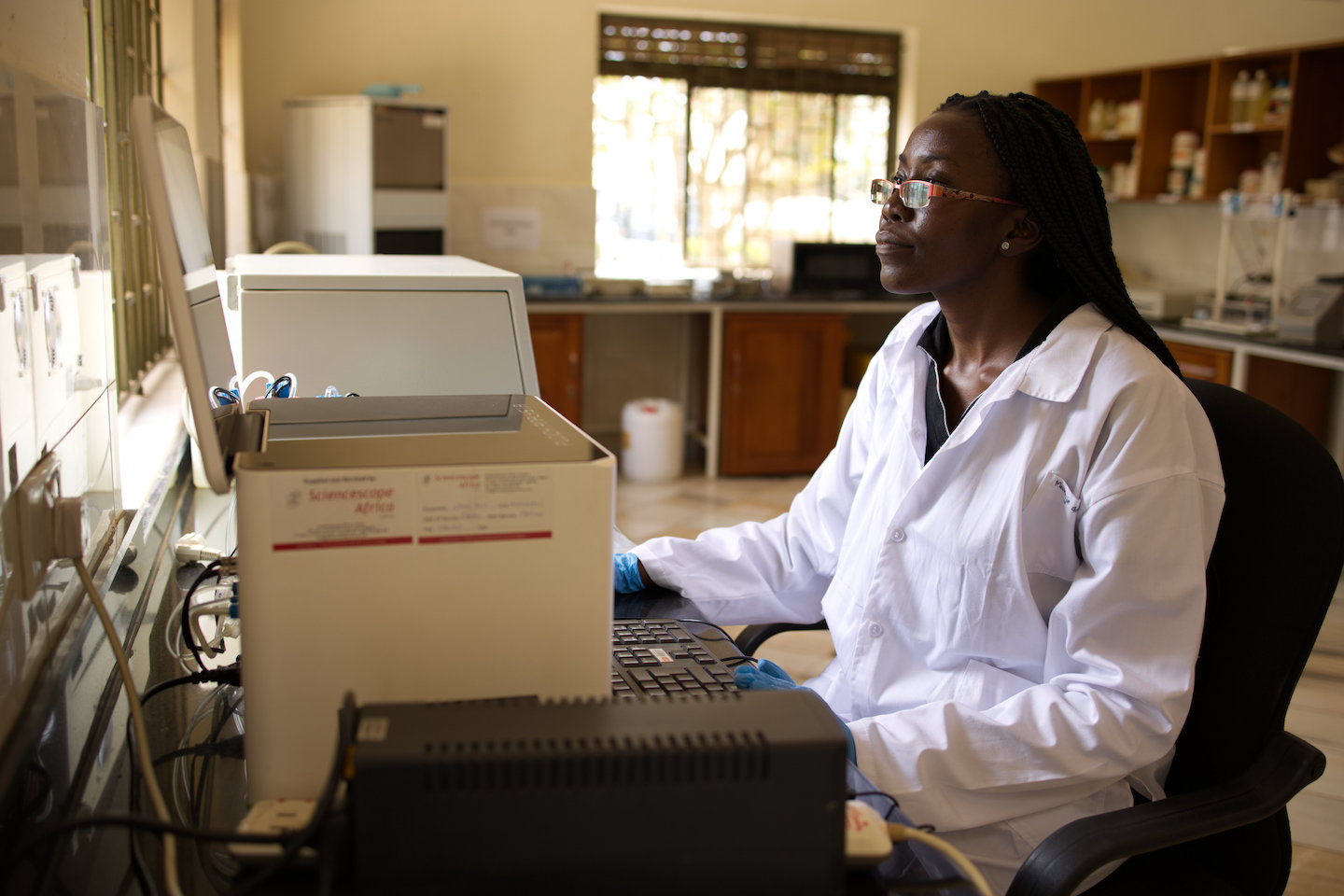 In the race to develop more nutritious and climate-resilient varieties, crop breeders have access to enormous amounts of data: managing the operation of trials in different locations around the world, understanding soil and climate in multiple environments, measuring the field performance of hundreds of thousands of plants, and peeking inside the genome to predict which crosses to make.

To unleash the potential of accelerated breeding, software developers and breeders have been working together to design and create the Enterprise Breeding System (EBS), a single cloud-based software platform for all aspects of breeding data collection, management and analysis. This development team works closely with early adopters at the International Rice Research Institute (IRRI), the International Maize and Wheat Improvement Center (CIMMYT) and the International Institute of Tropical Agriculture (IITA).

In a major Program milestone, the EBS has now been adopted by IRRI, and a launch event took place at IITA on 22 April 2022. The EBS has also gone live at CIMMYT, and is being adopted in a phased approach by the maize and wheat breeding programs. To reach this stage EBS needed enough functionality to manage the basics of a breeding process and replace the existing data management systems in use at IRRI and other centers, although development continues.

"There is now a centralized data source for breeding management," said Marko Karkkainen, EBS Product Lead. "We have core functionalities such as experiment creation and management, data collection and a harvest manager. But it is just the beginning, over time we are adding more capabilities."

In addition to being crop-agnostic, the EBS is designed to be cloud-based, modular and compatible with other tools commonly used by breeders such as mobile data collection apps.

The vision for the EBS is to create a definitive data management system for CGIAR where previous initiatives have more been limited in scope. Much of this groundwork was laid by the original EBS project manager, Tom Hagen, as several of his colleagues recognized.

"Tom was the mastermind of the architecture that was needed for the vision to materialize, and brought the stakeholders together. Without his engagement, EBS would have existed, but in a much smaller way." - Marko Karkkainen, EBS Product Lead (IRRI).

"Tom provided a compelling vision of the importance of designing a system that would bring together high quality, logically coherent data from different domains and activities to enable breeding programs to optimize their decision-making processes and to engage in continuous learning and improvement over time. He was also a good and patient teacher and guide on many topics." - Kate Dreher, EBS Requirements Analyst / Data Manager (CIMMYT)

"Tom was essential to defining the EBS’s vision of digitalizing different breeding programs across various CGIAR centers with a standardization breeding cycle process. That vision allowed EBS is prepared for the new One CGIAR vision." - Ernesto Briones, EBS CS IT Team lead (CIMMYT)

"The EBS is a key enabler for the organizational journey that CGIAR is pursuing with “One CGIAR” as it will make it easier for people and teams to collaborate within breeding networks which in turn will allow to faster scale improvements made in one place to many other places in CGIAR." - Steffen Weber, Program Manager (consultant)

In 2021, the EBS project evolved to create a stronger connection between breeders and the development teams. In addition to the expert analysts tasked with identifying software requirements and relaying them to the development teams, six breeders joined from CIMMYT, IRRI and IITA as business change managers to coordinate deeper engagement with their teams.

Adoption by breeders marks a third stage in the development of the system. "We have worked for quite a long time to get here. To finally have a production launch for our major customers in IRRI, IITA, and CIMMYT, it is very rewarding to the whole EBS team," said Karkkainen. "Now we start to really get feedback from customers, we are taking notes from the training and getting feedback from within the system. There should be a clear message to our customers that EBS will evolve."